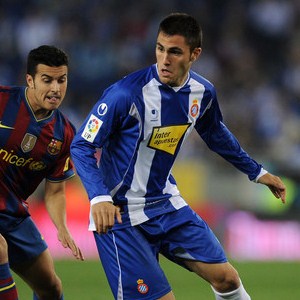 According to The Sun, Man City manager Roberto Mancini is ready to start spending again by matching the £7million release clause for Espanyol’s Ruiz.

The centre-back, now age 21, has become one of the most sought-after defenders in La Liga after a string of eye-catching displays for Espanyol and Spain’s Under-21 side.

His form attracted the interest of Napoli in the summer but their £4.5m bid fell way short of Espanyol’s valuation.

But, according to reports in Spain, City scouts have been tracking Ruiz since the start of the season and are ready to launch a bid in January.