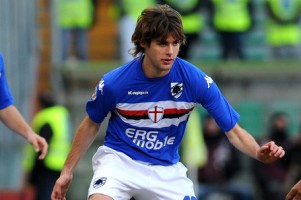 It has been reported that Manchester City boss Roberto Mancini despatched a spy to the Serie A match between two of his former clubs, Sampdoria and Lazio, to run the rule over several possible targets.

Sources claim Italy Under-21 international Poli produced a splendid performance that will lead to further checks on his form.

It is said that City will have plenty of cash to spend again in the summer but are unlikely to only pursue high-level acquisitions.

It is believed that Poli fits the bill as somebody whose value will increase as he’s only 20 and has clearly benefited from a loan spell at Sassuolo.


Babel : Liverpool Will Bounce Back From Wigan Defeat