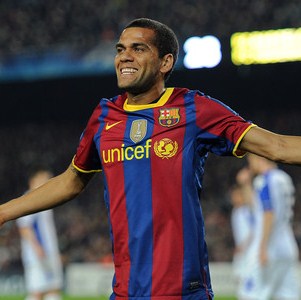 It has been revealed that the Brazilian international has been locked in contract talks with the Spanish giants.

However it is believed that Barca have said they will not budge on their offer which has alerted City.

It is believed that the former Sevilla defender wants an extension on his current deal which has him at the Nou Camp until the summer of 2012 but reports say that Barcelona will not shift on current negotiations.

City officials will watch the 27-year old when Barcelona meet Real Madrid on November 29 before discussing their next move.