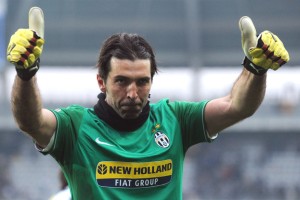 Manchester City are being linked with a new bank-busting move for Juventus goalkeeper Gigi Buffon.

Local newspapers in Italy have reported that City intend to sign Buffon in the summer for £32m and offer him £175,000 a week, despite turning to impressive Republic of Ireland goalkeeper Shay Given 12 months ago.

Buffon insisted last week that he was happy to stay in Turin for as long as Juve want him, and the player’s agent has reiterated the stance.