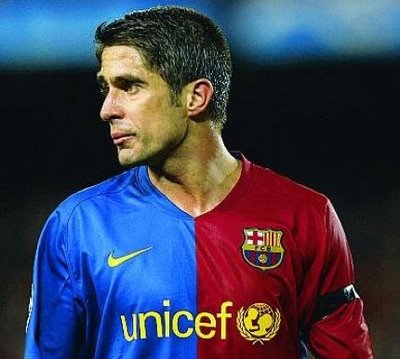 Cash rich Manchester City have completed the signing of Brazilian defender Sylvinho and are closing in on completing a deal for Everton defender Joleon Lescott.

Former Arsenal player Sylvinho returns to the Premier League on a free transfer, having been released by Barcelona at the end of last season and the 35-year-old left-back has penned a one-year deal and will provide cover for England international Wayne Bridge.

City boss Mark Hughes is hoping that the international clearance is received in time for Sylvinho to be considered for the Carling Cup second-round tie at Crystal Palace on Thursday.

Mark Hughes eleased a statement in the club website saying that “Sylvinho has a wealth of experience at the very top level, having represented Brazil and played for some of the very top clubs in Europe,”

He also said that “When the chance presented itself to bring him to Manchester City as a free agent I saw it as representing excellent business for us.”


Raul Is Not Guaranteed A Place In Real Madrid, Says Pellegrini