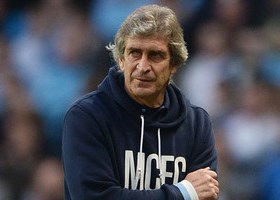 During last night’s defeat at Champions League opponents Barcelona, Aguero was hauled off at half-time and will undergo tests back in Manchester on a hamstring problem that has troubled him for long spells this season.

Pellegrini’s strikers – Aguero, Edin Dzeko and Alvaro Negredo – have now gone more than 1,000 minutes without scoring a goal between them and the pressure is mounting.

City No2 Ruben Cousillas said: “We cannot yet say how long Aguero is going to be out.

“He felt some kind of pain in his muscle. We are doing some tests to assess it.”

Fernando Torres Expected To Be Fit For Galatasaray Clash