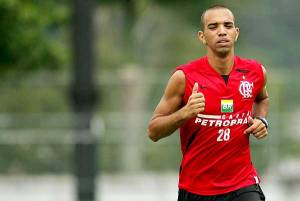 More transfer news is out and it has been reported that mega rich Manchester City are tracking £7million rated Brazilian striker Diego Tardelli.

City boss Mark Hughes has already revealed that the club’s wealthy owners are determined to carry on spending to try and challenge for the title this season.

The Brazilian media claimed that Manchester City scout Mike Rigg has been to see Atletico Mineiro striker Tardelli who has so far scored 14 goal and is the top scorer in the Brazilian League.

Diego Tardelli is 24 years old and is 1.79 m or 5 ft 10 inches in height. He has so far played twice for the Brazilian national team.