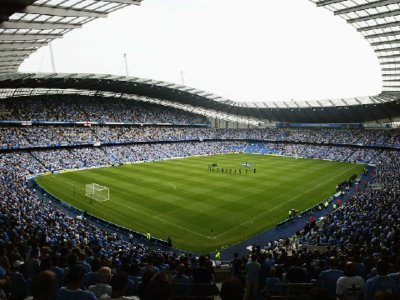 The City Of Manchester Stadium

Exciting football news are out and it has been reported that English Premier League side Manchester City will travel to Spain to play European Champions FC Barcelona in a friendly at the Nou Camp on August 19.

Manchester City were originally suppose to play Everton in the Barclays Premier League that night, but the fixture has been rearranged due to the Toffees’ Europa League qualifier.

Instead, Manchester City will now enjoy a meeting with the Spanish champions, as both clubs will battle it out for the Joan Gamper Trophy.

Manchester City, who have played Barcelona five times previously, all in friendlies and they last played the Catalan giants when they helped to open the City of Manchester Stadium in 2003.