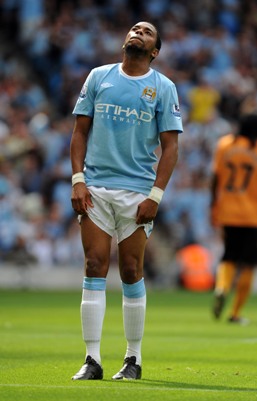 Manchester City’s Brazilian forward Robinho could be sidelined for up to a month with a stress fracture just above his ankle.

The 25-year-old winger picked up the injury while playing in Brazil’s 3-1 victory over Argentina in a World Cup qualifying game a week ago and it was confirmed after scans on Friday.

Manchester City boss Mark Hughes indicated this week that he did not think there was any extensive damage to Robinho, and at one stage he was given a chance of facing Arsenal.

The Brazilian was sent for a scan to check for damage to his inflamed ankle, which produced the unwelcome result, ruling Robinho out for three to four weeks.

Juventus Must Wait On Manchester United For Giuseppe Rossi