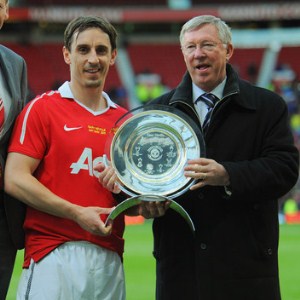 Father-of-two Giggs, 37, was named on Monday as the married footballer involved in a controversial privacy case. Liberal Democrat MP John Hemming used parliamentary privilege to name him as the Premier League player who took out an injunction over his relationship with 28-year-old reality TV star Imogen Thomas.

Amid that maelstrom, Giggs probably found the football pitch a place of peace. It certainly appeared so as he drove the low cross into Wayne Rooney’s path that put United ahead in the 2-1 defeat.

Rooney had been a surprise inclusion and the striker lasted half an hour before he was replaced, along with Giggs and Paul Scholes.

The latter duo are members of the famed ‘Class of 92’, of which Neville was also an integral part. With Nicky Butt, Phil Neville and David Beckham also reporting for duty, the sextet boasted an impressive 3,323 United appearances between them. 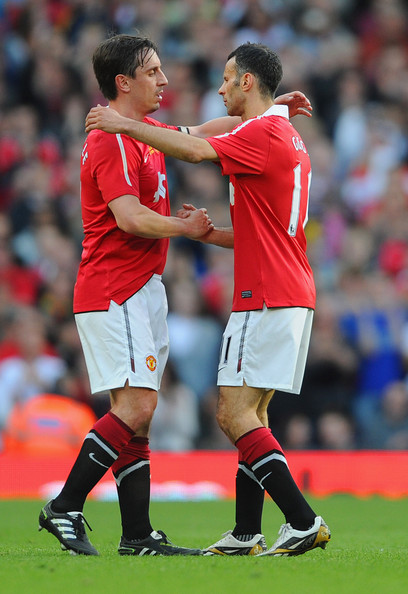 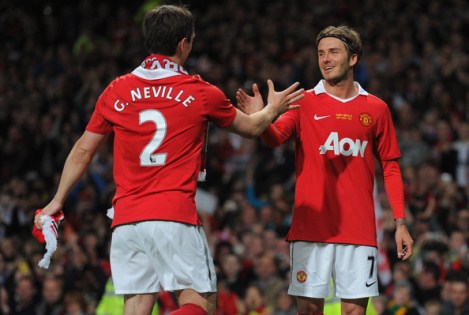