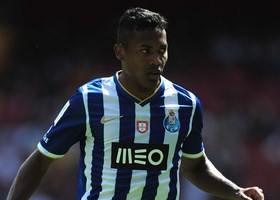 According to Record, United boss David Moyes is in the market for a new left-back in January and has had Sandro scouted this season.

Italian giants Inter Milan are also being linked with the former Atletico Paranaense wing-back ahead of the January market.

The 22 year old Brazilian international has been in outstanding form for Porto this season.