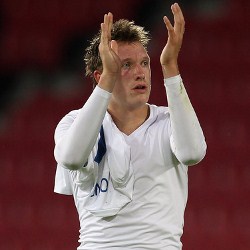 It has been revealed that Blackburn’s owners claim Phil Jones’ agent – if not the player himself – spoke to Manchester United before being granted permission to do so.

The central defender moved to Old Trafford on Monday and is set to sign a five-year contract when he returns from the European Under-21 Championship in Denmark.

However Ewood Park owners Venkys considered making an official complaint to the Premier League over the £20.5million deal, only to back down as they did not want any legal wrangle to hamper Jones’ career.

A spokesman for Manchester United responded: “We had the appropriate permissions to speak to Phil Jones.”

And Jones’ agent, John Colquhoun added: “I won’t be commenting on the confidential process that was undertaken. Everyone is telling me they’re happy with what went on so, unless I hear different and unless I’ve got questions to answer, I don’t feel I have to comment.”