Reports are out claiming that Manchester United are chasing Bulgarian starlet Stefan Velkov. 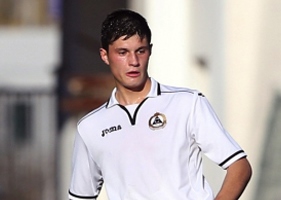 The 17-year-old centre-half has made himself a star in Slavia Sofia’s first team, as well as the Bulgarian Under-21 side.

It is said that Slavia Sofia want to keep Velko – one of the hottest talents in Bulgaria – for the rest of the campaign but will listen to offers next summer, says the Daily Star.

The 6ft 3in defender has played 19 times for his club already this season.