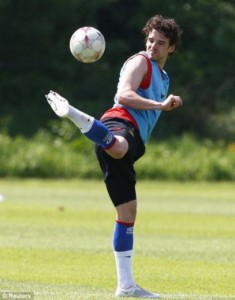 It has been reported that the Mannchester United management are excited about the progress in training of midfielder Owen Hargreaves.

The England international midfielder is once again in full-scale training at Carrington with the first week of November pencilled in as his playing return date.

However local British newspapers have reported that sources at United insist that Hargreaves will be back soon and as fit as ever.

It is reported that the management has revealed that the medical specialists have cured Hargreaves’s chronic knee problem, allowing him to return to the kind of form he displayed in the last World Cup.