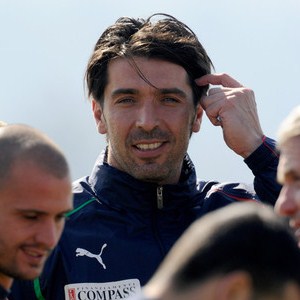 Popular Mediaset journalist Gianni Balzarini has revealed United are the only suitor for Buffon, who will move to Old Trafford once he has proved his long-term fitness.

A deal in January will not be considered as United want to see Buffon play consistently before shelling out for the Italy No1 – and Balzarini is adamant the Red Devils are the only serious contender for the player’s signature.

The prospect of Buffon remaining with Juve is now remote and it’s claimed Marco Storari is regarded within the club as their long-term first-choice.

Buffon is also being urged to make the move to United as they’re seen as having better prospects of winning the Champions League in the coming years than Juve.