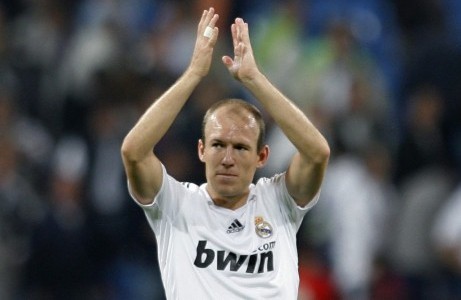 English Premier League champions Manchester United has been reported to be ready to launch a deadline-busting bid to sign Arjen Robben from Real Madrid.

It is believed that Manchester United have been quoted £26million for Robben but the Red Devils plan to force the price down this weekend.

It is also believed that the Old Trafford chiefs will begin the process with a bid of around £11m but an offer of £15m may be enough to bag the winger.

Robben, now age 26, is seen as the creative spark which can help fill the void left by £80m Cristiano Ronaldo and a long time replacement for Ryan Giggs.

The Dutchman has been in sparkling form for Real in pre-season but the player is unlikely to get a look-in at the Bernabeu this season.

Robben came close to signing for Alex Ferguson’s men from PSV Eindhoven in 2004 when he visited United’s training ground but he opted for a £12m move to Chelsea.

The Blues doubled their money by offloading him to Real Madrid in 2007.


Michael Owen Still Not Included In The England National Team