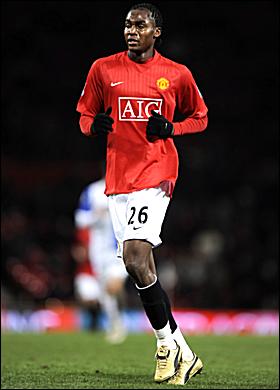 It was widely reported that former assistant manager Carlos Queiroz alerted Sir Alex to Manucho 18 months ago and the striker was handed a three-year contract after a brief trial period.

However, things didn’t work out for Manucho and he ended up on loan with Greek outfit Panathinaikos and Hull, where he impressed at the end of last season, he never looked like becoming a regular at Old Trafford.

The African’s United debut came in a League Cup win over Middlesbrough last September and his only Premier League appearance for the club was as a substitute against Stoke a few months later.

Even after the departures of Cristiano Ronaldo and Carlos Tevez, it was clear Manucho would not be part of Ferguson’s plans this season and he was omitted from the travelling squad for the present tour of the Far East.