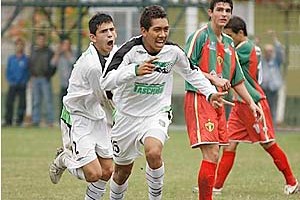 The 18 year-old plays for Brazilian Second Division Figueirense and has been watched by United’s locally-based scouts.

After the success of Fabio and Rafael da Silva, Ferguson has no hesitation moving for Firminio before he becomes known to Europe’s bigger clubs.