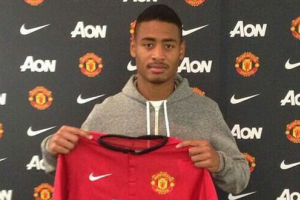 It has been reported that Premier League champions Manchester United have signed Swiss youngster Saidy Janko from FC Zurich.

It is said that the 17-year old Switzerland U18 international impressed during a trial with United and has been snapped for around £700,000.

Janko, who has a Gambian father and Swiss/Italian mother, will go straight into United’s youth team and will operate as a right-back who can also deployed on the right side of midfield.


Disappointed Bendtner Ready To Fight For His Place At Arsenal