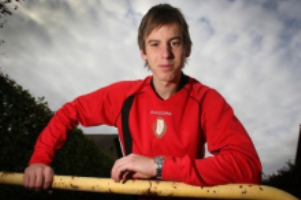 Standard Liege defender Marnick Vermijl is on his way to Manchester United.

It has been reported that reports in Belgium have confirmed Manchester United have signed 18-year-old defender Vermijl from Standard Liege.

Vermijl is a versatile defender who can play all across the backline but is predominantly a right back.

He is expected to join up with Manchester United in time for the start of the 2010/11 season and will join Sir Alex Ferguson’s first team squad.

Scouts from the Premier League champions spotted Vermijl, despite the fact he has never played a first team game for the Belgian side.

Gianfranco Zola : 37 Points Should Be Enough For Safety