Sensational transfer news are out and it has been reported that English champions Manchester United have signed 21-year-old striker Mame Biram Diouf from Molde.

It was reported that the player, originally from Senegal, would join the United in January, pending a medical, and would stay in Norway until then.

A statement from the club said that Mame Biram Diouf will go through medical checks at Manchester United next week and will join the club in January.

Should the deal go through, it will do so after United manager Alex Ferguson stated he had would not make anymore signings during the summer transfer window following the arrival of Michael Owen, Gabriel Obertan and Antonio Valencia.

Manchester United are also tracking Gremio midfielder Douglas Costa. However, the club have been put off bidding for the Brazilian 18-year-old as the club are asking for a fee in the region of £20 million. 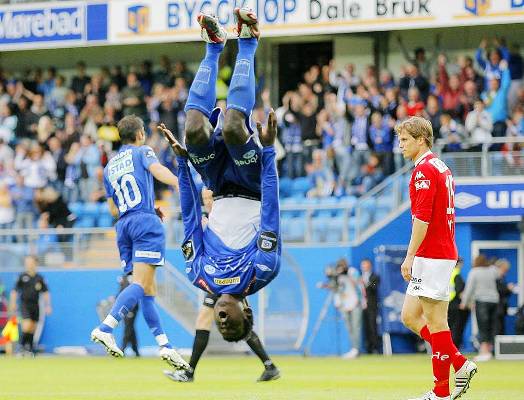 This is exactly what Sir Alex told Nani NOT to do!!!