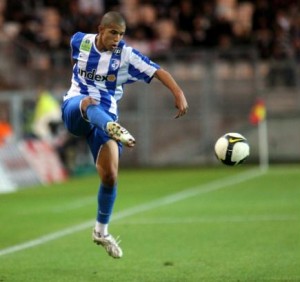 The 19-year-old attacking midfielder has seen his name linked with a number of Europe’s biggest clubs and the youngster was expected to depart last summer with Barcelona, Liverpool and Inter Milan monitoring his situation.

However, it now appears that Sir Alex Ferguson has upped his interest in the star and could be prepared to bid for Feghouli in January.

Sofiane is eligible to play for for both Algeria and France and the player has stated his preference is to play for France and has appeared on several France youth squads.

Sofiane is currently playing with the French under-21 squad and he made his debut for the side on 9 September 2008 against Bosnia and Herzegovina coming on as a substitute for Anthony Mounier. He would make another under-21 appearance on 19 November, this time against Denmark.

Sofiane has so far played 55 competitive matches for Grenoble and scored 3 goals along the way.


Walcott Desperate To Get Back In Action For Arsenal