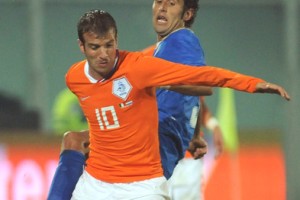 It is reported that Manchester United are preparing a massive offer for the Holland international playmaker.

United boss Sir Alex Ferguson is willing to offer £20 million for Van der Vaart, who is viewed as a long-term successor for Paul Scholes.

Van der Vaart’s future at Madrid remains in doubt, with Jose Mourinho due to replace Manuel Pellegrini as Real coach in the coming days.