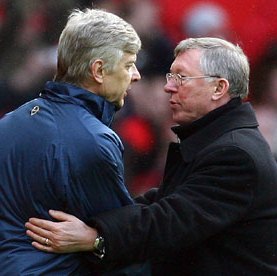 Top of the table clash between Manchester United and Arsenal is less than 24 hours away and the build up to the game has been at an all time high. Players from both teams have expressed their views on the match and their opponents and the time has come for them to do all the talking on the pitch.

Manchester United manager Sir Alex Ferguson and his counterpart Arsene Wenger is undoubtedly two of the longest serving managers in the English Premier League and have grown accustomed to the bitter rivalry between the two clubs. Both these masterminds will be up for it again in the match that promises much excitement and flair.

Manchester United is set to host Arsenal tonight at Old Trafford and we at TFM will now look into some of the key prospects of the match.

Nani
The Portuguese winger will definitely be one of the players to watch by Arsenal in the Manchester United team. Nani is beginning to mature as a footballer and his ability to attack down both flanks will definitely be a threat to the Arsenal fullbacks.

Patrice Evra
French left-back Patrice Evra has done his part in winding up the Arsenal players by branding them a ‘training center’ club. It is now time for Evra to do the talking on the pitch and we have no doubt that the former Monaco star will pour out his heart and soul to ensure victory for the Red Devils.

Samir Nasri
Undoubtedly the in-form player of the English Premier League at the moment. The French international has stepped up in the absence of Arsenal captain Cesc Fabregas and is the main reason as to why Arsenal is currently top of the Premier League standings. His speed and dribbling ability is sure to be a concern for the United back-line.

Marouane Chamakh
The Moroccan international has found his feet very well in the Premier League and has so far scored a total of 7 goals in 16 matches for the Gunners since making his switch from French club Bordeaux. Manchester United will definitely want to keep an eye on the 26 year old as he will be looking to make his mark against one of the giants of English football.

Robin Van Persie
The Dutch international will definitely be a player to watch (whenever Wenger decides to play him!) and is sure to be a constant threat to the Man Utd goal. Excellent dribbling ability and a dead ball specialist, he is sure to be a torn in the United defence tonight.

Young defender Jonny Evans and Wes Brown have recovered from a virus. Owen Hargreaves and Micheal Owen are also said to be back in contention but is unlikely to feature in tonight’s match.

Winger Antonio Valencia is the only long term absentee who is out with a broken leg.

Arsene Wenger revealed that he will give Cesc Fabregas (Hamstring) all the chance to prove himself fit and the Spaniard will undergo a late fitness check.

Left-back Kieran Gibbs is out after injuring his ankle in the midweek Champions League win over Partizan Belgrade, but both Gael Clichy (virus) and Johan Djourou (thigh) should travel to Old Trafford.

Goalkeeper Manuel Almunia is still out with an elbow injury while centre-back Thomas Vermaelen (Achilles) and midfielder Abou Diaby (ankle) remain out.

So who do you think will win the match between Manchester United and Arsenal? Vote now and find out what others think. You can also predict the scoreline and leave your comments below. Cheers! 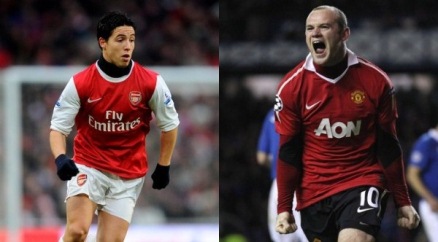