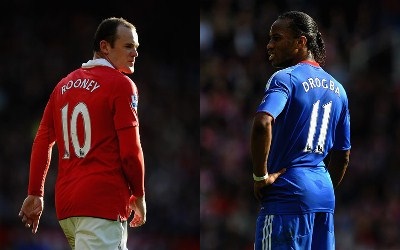 A victory for United will open up a gap of six points while a win for the Blues will level the points tally, but United will have the advantage with a superior goal difference.

Lets take a a brief look at the team news and match facts ahead of this crunch match tonight.

Wayne Rooney will return to the Manchester United side after recovering from a minor hamstring strain.

Central defensive duo Nemanja Vidic and Rio Ferdinand are also set to be reinstated to the starting XI having been rested for Wednesday’s Champions League win over Schalke.

Midfielder Darren Fletcher will not start after his recent virus, with United needing to avoid defeat to retain top spot with two games remaining.

Chelsea manager Carlo Ancelotti has no injury concerns to his likely first-choice XI.

Portuguese defender Jose Bosingwa is out and and Yury Zhirkov is a doubt.

The Italian’s biggest decision will therefore be whether to play both Didier Drogba and Fernando Torres up front, in what is a must-win game for Chelsea.

The Blues have won their last three Premier League games against United. Can they make it a fourth? Only Liverpool managed to do that in the year 2000 to 2002.

Chelsea have only kept one clean sheet in their last 15 league trips to Old Trafford. So it is safe to say that there will definitely be goals in this one.

Tonight’s match referee is Howard Webb and the 39 year old has awarded penalties to Man Utd in three of the last four competitive games he has officiated at Old Trafford.

It also must be noted that Manchester United have won the last seven Premier League matches at Old Trafford that Howard Webb has officiated.

What is your prediction?Who do you think will win the match? Vote now and check out what other football fans think. You can also leave your predictions in the comments section below. Cheers!

DON’T FORGET, YOU CAN ALSO WATCH THE MATCH LIVE ON TFM TONIGHT! 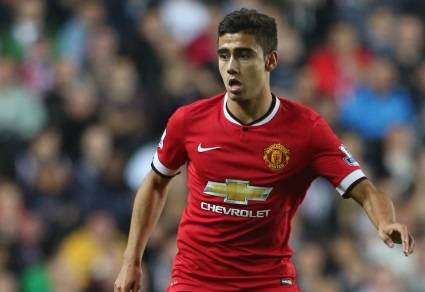