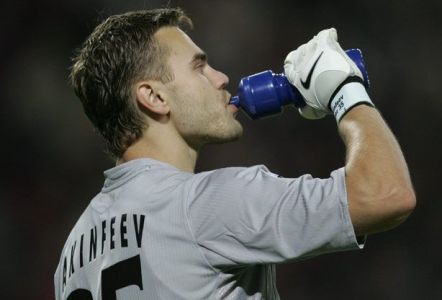 It is believed that manager Sir Alex Ferguson has already started planning for the Dutchman’s retirement and CSKA Moscow’s Akinfeev is one of his options.

The keeper, now age 23, has impressed for club and country since arriving on the scene five years ago and the player has been on the radar of a number of Europe’s top teams and Sir Alex does not want United to miss out.

Dutch international goalkeeper,Van der Sar, now 38, says he will make a decision this season about whether to hang up his gloves and England international keeper Ben Foster is his likely to replace him after overtaking Tomasz Kuszczak in the United pecking order.

It is strongly believed that Kuszczak may be heading for the exit, leaving room for another keeper if Van der Sar does retire.


Johan Djourou Out Of Action Until March