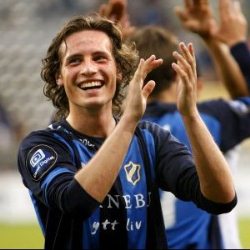 Interesting transfer news are out and it has been revealed that Manchester United are tracking Stabaek youngster Mikkel Diskerud.

The 20 year-old American midfielder is rated one of the most promising players in the Norwegian league.

Diskerud, who has chosen to play for America at international level despite having the option to play for home country Norway, has been on United’s radar for over two years.

Sources in Norway suggest the club have been approached by two unnamed Premier League teams regarding Diskerud’s contract situation.

Liverpool Linked With A Move For Porto Fullback Alvaro Pereira