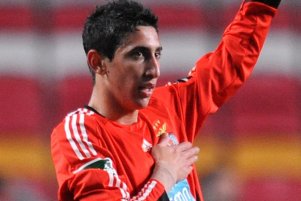 Chelsea are on the trail of Benfica forward Angel Di Maria and he is a good player to pursue according to Argentina coach Diego Maradona.

The 21-year old Argentine international has been producing some brilliant performances recently, namely in the Europa League for Benfica against Everton last week, and remains a target for Chelsea who are currently embargoed from the transfer market.

Maradona is confident that Di Maria will become a superstar of the game in the not too distant future.

Maradona told reporters that Angel has the quality to be a worldwide superstar within the next two years.

Maradona also said that he has always followed Angel’s career closely and that the player’s level has increased enormously since he’s been in Europe.

Despite the fact Chelsea are unable to act in the transfer market, if an appeal goes through and is accepted, it is believed that Di Maria will be made a priority signing. 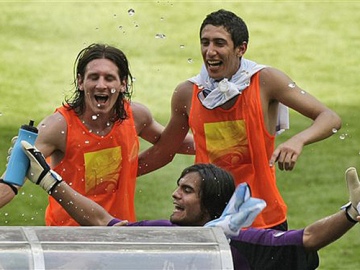