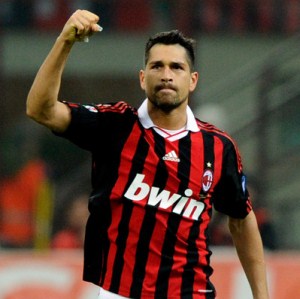 Interesting news are out and it has been reported that AC Milan striker Marco Borriello is open to moving to Barcelona.

It has been said that the Italian international could become part of Milan’s deal for Barca striker Zlatan Ibrahimovic today.

It is highly suggested that the pair would swap clubs in a loan arrangement.

However, the one demand Borriello insists on being met is that Milan improve and extend his contract before the deal happens.

Borriello is inside the final 12 months of his current deal: “Barca? It could happen … who knows?”

Zlatan Ibrahimovic : Anything Can Happen In Football

Abidal Wants To Play In Central Defence For FC Barcelona