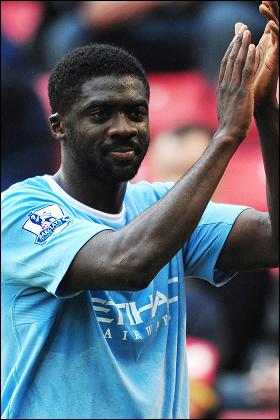 Manchester City manager Mark Hughes has played down the injury scare surrounding defender Kolo Toure and claimed the ex- Arsenal defender should be fit for next Saturday’s Premier League clash at Blackburn.

Kolo Toure only lasted 18 minutes of Saturday afternoon’s 2-1 victory over Scottish side Celtic at Eastlands after reporting soreness in a hip problem that developed last week.

Little wonder the Blues chief has made getting another new centre-half his priority, although, after confirming there had been no progress made in his efforts to sign Everton’s Joleon Lescott, Hughes indicated he might now look at alternative targets.