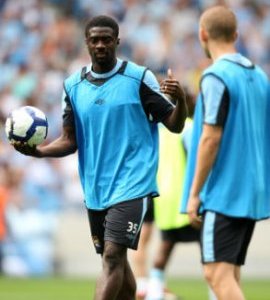 Mark Hughes has revealed that central defender Kolo Toure is set to be named the new captain of Manchester City.

It is said that current skipper Richard Dunne is on his way out of the club following the arrival of Everton defender Joleon Lescott and manager Mark Hughes is set to hand the armband to the former Arsenal centre-back, who moved to Eastlands for £14million last month.

It is also believed that midfielder Gareth Barry will fill in when the Ivory Coast star Toure is missing in the New Year at the African Nations Cup.

Everton defender Lescott completed a £24m move to City yesterday and has signed a five-year deal and he could make his debut at Portsmouth on Sunday.

Hughes told reporters that he is delighted as he feels that the club have recruited a defender of the very highest quality.