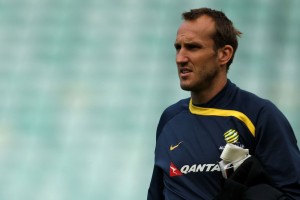 Fulham goalkeeper Mark Schwarzer was named the English Premier League’s Player of the Month for February.

The Australia number one was a key factor in the Cottagers being undefeated throughout the month, conceding just one goal in five matches.

Schwarzer shared the spotlight with Fulham manager Roy Hodgson who was named Manager of the Month and the duo received their awards prior to the 0-0 FA Cup draw with Tottenham at Craven Cottage on Saturday.

It was the first time a Fulham player had won the award since Louis Saha took the prize in August 2001.


Anderson Out For Six Months With Knee Injury