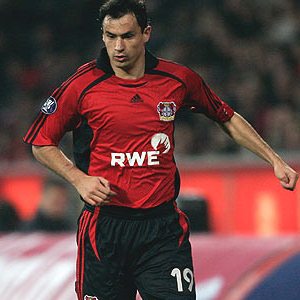 It has been revealed that former Croatia international Marko Babic is being linked with a move to MLS club Chicago Fire.

Herzegovinian website Glas suggests that the 30 year old winger was pondering a move to the USA.

A translation of the report, seen on mls-rumours.net, revealed the following: ‘Osijek international player and former Croatian striker Marko Babic has already been looking for a new club for half a year. This winter, he found happiness in Russia, but he may be headed to the once sworn enemy of Russia – the Americans.

‘In fact, there are real chances Babic could continue his career in the American professional league Major League Soccer. The story is even that this is a done deal, but Mark still does not want to confirm it.’

The Fire have a penchant for players from the so-called ‘Eastern Bloc’ with the likes of Bosnian Baggio Hudisic, Croatian Josip Mikulic and Serbian Bratislav Ristic on the roster this season.