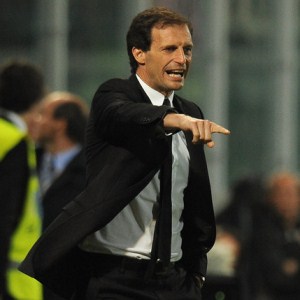 Sensational news are out and it has been revealed that AC Milan boss Massimiliano Allegri has branded Real Madrid coach Jose Mourinho ‘PATHETIC’.

The 43 year old was asked to give his opinion on rival managers after winning the Scudetto at first attempt with Milan.

Allegri said : “Every now and then Mourinho is pathetic. He always repeats the same things and it makes him become banal,”.

“I think he’s very talented, but his arrogance hides insecurity.”

The Italian tactician also gave his response to quick-fire questions about other colleagues.

“Leonardo’s weakness is he’s too much of a gentleman. Gigi Del Neri is very stuck in his ways. Luciano Spalletti is… bald!
“Cesare Prandelli is diplomatic. Walter Mazzarri gets too angry.”

Kaka : Karim Benzema Should Do More!