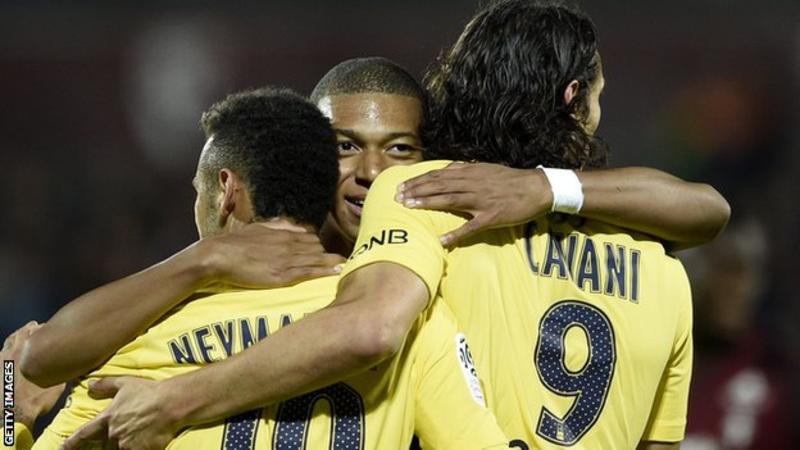 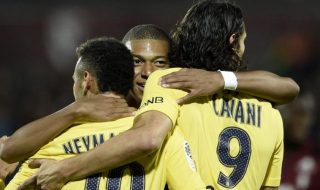 Kylian Mbappe scored on his debut for Paris St-Germain as the Ligue 1 leaders maintained their perfect start to the season with a 5-1 win at Metz.

The 18-year-old – who will cost PSG 180m euros (£165.7m) when he makes his loan move from Monaco permanent next summer – impressed throughout alongside the world’s most expensive player Neymar.

But bottom-of-the-table Metz were holding their own at 1-1 until former Tottenham defender Benoit Assou-Ekotto was questionably sent off for fouling Mbappe.

That was the turning point as Mbappe then drilled home from 20 yards to put Unai Emery’s side back ahead.

Real Madrid, Barcelona To Do Battle For Davinson Sanchez