Messi : Real Madrid Is Strong, But Barcelona Is Better! 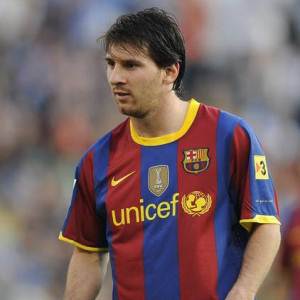 The Argentine international claim that despite the improvement in los Blancos, the Camp Nou club still hold the edge over their bitter rivals.

He exclaimed: “I think that Real Madrid are stronger than last season, but the same thing happens every year – they are our main rivals. Last year they pushed us up until the final matchday. They’ve kept nearly all of their important players, but I think the key is the mental change since Jose Mourinho arrived. They are still a really great team, but you can see that they’ve got a greater winning mentality right from the off.

“El Clasico will be a huge game, it always is. I tend to do well in these games. I suppose that they will be really fired up, but I think if we play the way that we are capable of, we will definitely beat them this time too. They might have strengthened, but in my opinion Barcelona are still the better side. I have no doubt it will be a game to savour both for the players on the pitch and the fans off it.”