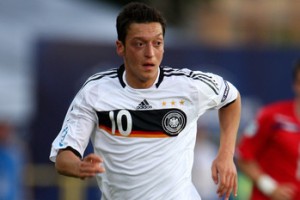 Werder Bremen youngster Mesut Ozil has made a ‘come and get me’ plea to European and Spanish champions FC Barcelona.

Ozil is regarded as Germany’s latest big thing and is inside the final 18 months of his existing deal.

The midfielder recently told reporters that he dreams of playing for Barcelona.

He added that Barcelona is a great club with a special player like Messi but said that he has a contract with Werder Bremen until 2011.

Bruce Arena : Landon Donovan Will Be Back With The LA Galaxy


Xavi : Theirry Henry Is A Good Example For All The Players