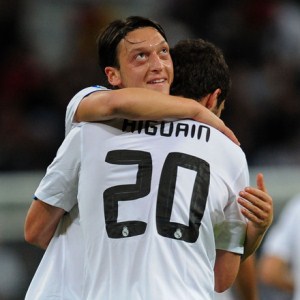 Mesut Ozil has declared that Real Madrid will do all they can to defeat rivals Barcelona later this month.

The El Clasico has been controversially moved to a Monday night.

“This team has much potential. We are a young team with great quality, we have a very good rapport, and although we have had matches that have not gone well, we have learned from those matches.

“Every player in the squad wants to prove something to Real Madrid, and every match is important. I am very pleased and happy to play in this team. The support that I received was fantastic. I try to give 100% in every game and support the team because the fans are fantastic.”

Agent : Zlatan Ibrahimovic Was Close To Joining AS Roma!