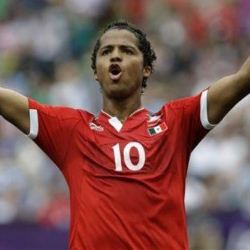 Tottenham playmaker Giovani dos Santos was Mexico’s hero with both goals in their Olympic Games Group B clash with Gabon at the City of Coventry Stadium.

Giovani, who struggled to earn a place under Harry Redknapp at White Hart Lane, was introduced as a second-half substitute and broke the deadlock after 63 minutes.

He then scored from the penalty spot in injury-time after Gabon defender Henri Ndong was sent off for a professional foul.

Former Barcelona player Giovani, signed for Tottenham by Juande Ramos four years ago, secured Mexico their first win of the tournament and put them on course for the quarter-finals.