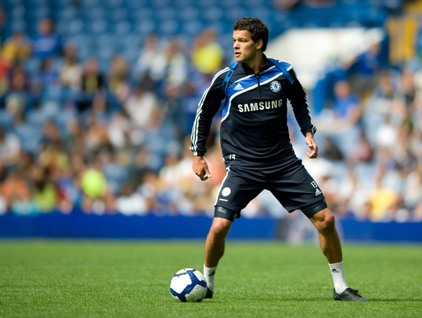 German international midfielder and captain Michael Ballack has landed another blow on crisis-club Chelsea by revealing that he might quit Chelsea at the end of the season.

Just hours after the Blues were banned from signing any new players until January 2011, Ballack is threatening to leave the club even shorter on bodies.

The German international midfielder, who will be 33 this month, is in the final year of his £130,000-a-week Chelsea contract and the club have not even opened talks with the player over a new deal.

Ballack said last night that he will decide after the 2010 World Cup if he will continue playing or if he will stop.

He also said that he will only continue playing for as long as he still enjoy himself and have ambitions in the sport.

Barcelona To Do Battle With Real Madrid For Rio Ferdinand