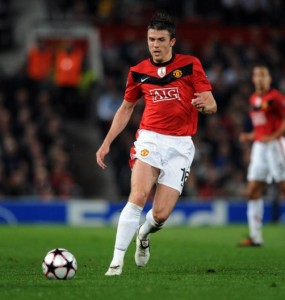 Carrick said that playing in the World Cup was always his ambition and that his passion when England comes around is as strong as it could be.

The midfielder also added that no one wants to play for England more than he does and all the players are the same.

He also said that players are desperate for the honour of playing for their country at Wembley and in World Cups and it is something a player a cannot buy.

The former Tottenham midfielder added that just because he does not go around shouting about it does not mean that he is any different and that it is just not in his nature to do that.

Some fans and pundits feel allegiance to England is influenced by geography, claiming players from the south care more for the country than their northern counterparts.

Geordie Carrick hit back by saying that he can only speak for himself and that he loves playing for England.

The player also said that looking at the squad at the moment, everybody is enjoying it and that it is a great place to be.

Carrick also added that results speak for themselves and just as playing for United, the spotlight is always on a player when playing for England and the team is always expected to win.

Carrick ended by saying that it makes a player want to improve and the performances show that. He said that hopefully it continues to the World Cup.