Michael Owen Ruled Out For The Rest Of The Season 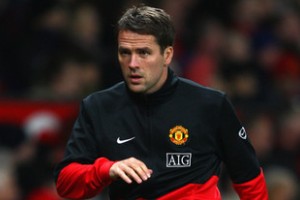 Bad news for all Manchester United fans as striker Michael Owen has been ruled out for the rest of the season with a hamstring injury.

The 30-year-old pulled up with the problem during United’s Carling Cup final win over Aston Villa last Sunday in which Owen scored the equaliser in United’s 2-1 win, but had to be substituted after 42 minutes after sustaining the injury.

United manager Alex Ferguson told the club’s official website: “Unfortunately it’s bad blow with Michael Owen. He’s out for the season. It’s more serious than we thought. He gets operated on Monday morning.

“It’s a terrible blow for the lad and disappointing for us too. He’s never missed a training session all season. I think the heavy pitch at Wembley played some part, but it’s also bad luck.”

WHO HAS THE EDGE IN THE CHELSEA – INTER DECIDER?


Bruce Arena : Landon Donovan Will Be Back With The LA Galaxy