Michael Owen to retire at the end of the season 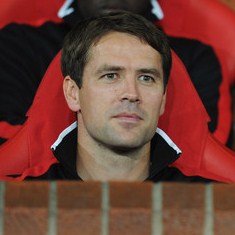 The Football Association issued one of many tributes to Michael Owen, the former Liverpool, Real Madrid, Newcastle United, Manchester United and current Stoke City striker who announced he will be retiring at the end of the season, and revealed it has opened talks with him on a future ambassadorial role.

Owen scored a remarkable 40 goals in 89 appearances for England, announcing himself on the global stage against Argentina at the 1998 World Cup and scoring a hat-trick in the 5-1 demolition of Germany in Munich in September 2001. He stands fourth in the all-time England goalscorers’ list behind Sir Bobby Charlton, Gary Lineker and Jimmy Greaves.

Glenn Hoddle, who handed Owen his international debut as an 18-year-old against Chile in February 1998, said: “He is in the top four of our greatest ever finishers, along with Jimmy Greaves, Gary Lineker and Alan Shearer. Some might say he is at the top of that list. He was a baby-faced assassin. His finishing was amazing for a young man. He had that coolness in the penalty box. Some players get anxious but he seemed to get calmer and calmer.” 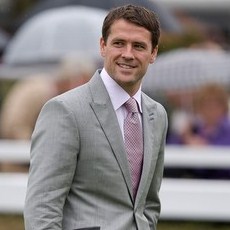 Hoddle also captured the sense of regret that injury deprived Owen, who once admitted: “I feel I played too much, too soon,” of a longer period at the peak of his game. “When you have that blistering pace you do have hamstring problems,” the former England manager said. “It is a shame, really, that he didn’t go on and eclipse a load of records.”

Another former England manager, Sven-Goran Eriksson, commented: “First of all he’s a fantastic man and professional. You never had any problems with Michael Owen, on the pitch or off the pitch. He was always professional in his way, and you knew if you had him in your team he’s a danger and he can score the winning goal. The only problem with Michael Owen was his injuries and it’s been going on for a long, long time. He’s been unlucky because he couldn’t work as hard as he wanted and he missed too many games. That’s a pity for him, a pity for England, a pity for the clubs he played for and the pity for football.”

Yet despite the injuries Owen has scored 260 goals in 564 games for clubs and country. He exploded on to the scene as a 17-year-old with Liverpool, scoring on his debut against Wimbledon in May 1997 and ending his first full season as the leading goalscorer in the Premier League and as the PFA’s Young Player of the Year. He became the first Englishman since Kevin Keegan in 1979 to be named European Footballer of the Year, having helped Gérard Houllier’s team to a Uefa, FA and League Cup treble in 2001, a feat that also made Owen the first, and only, English winner of the World Player of the Year award.


Arsenal and Chelsea to battle for Isaiah Brown