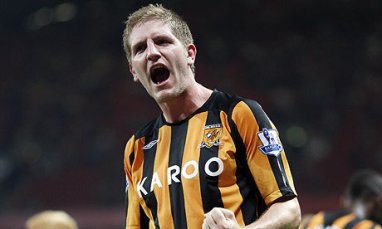 Football news from the Premier League is out and it has been reported that Michael Turner has revealed that the chance to move from Hull to Sunderland was one he could not turn down.

The highly-rated central defender completed his move to the Stadium of Light in the closing days of the transfer window and has signed a four-year contract with Steve Bruce’s side.

Turner told a local newspaper that as soon as he found out of Sunderland’s interest in him, his mind was made up.

He added that he is obviously delighted to have joined Sunderland and to get the chance to call somewhere like the Stadium of Light home is a dream come true for him.

Turner is now set to face his former club on his Sunderland debut, with the Tigers travelling to Wearside on September 12 and he said that it is really mad, but it is just one of those things he will have to face.

He also added that that there is not much he can do about it so he will just have to get on with it.


Fraizer Campbell Backs Turner To Be A Success At Sunderland