Micheal Essien Set To Miss The Rest Of The Season 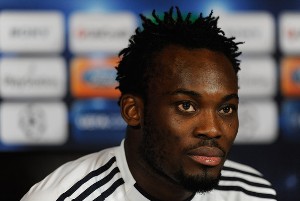 Chelsea midfielder Micheal Essien is set to miss the rest of the season after a serious setback in his recovery from knee surgery.

The Chelsea star remains on crutches a month after the op and is currently recovering in France.

A club source revealed that the news on Michael’s not good as everyone thought that Essien would be back playing again in four to six weeks.

The second leg of the Champions League match with Inter Milan was talked about as the ideal comeback game for Essien bu that now appears to be unlikely.

The source also said that Essien has no chance of making the Inter Milan clash and that Chelsea is not even sure if he will play again this season.

His absence will be a huge blow to title-chasers Chelsea who had hoped to have the powerhouse back in action by now.

Xavi : Theirry Henry Is A Good Example For All The Players