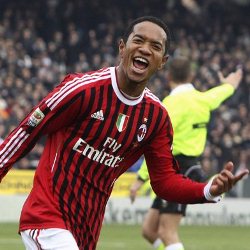 An easy 3-1 win over Cesena put Milan on top of Serie A as goals from Sulley Muntari, Urby Emanuelson and Robinho secured three points for Massimilano Allegri’s side at the Stadio Dino Manuzzi.

Milan needed a win to regain their position as league leaders after rivals Juventus leapfrogged them earlier in the weekend with a 3-1 win over Catania, and it was a challenge the Rossoneri duly met.

Allegri made six changes to the side that swept past Arsenal in the Champions League mid-week with Alex Pato and Kevin-Prince Boateng rested and Zlatan Ibrahimovic suspended. Maxi Lopez, Urby Emanuelson and Sulley Muntari came in to the starting XI.