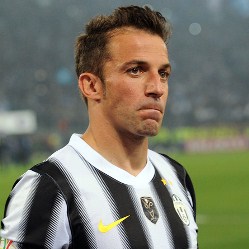 The Juventus star is expected to leave Turin this summer and has been linked with many clubs Stateside although a concrete offer has not yet come forward.

Di Cuollo suggested to Tuttomercatoweb.com that there are still talks with Del Piero’s agent and brother Stefano indicating that a possible move could still be on the cards and that there are plenty of options for the Bianconeri legend.

“We talked about it and we’re still talking with his brother,” said Di Cuollo of the Italian veteran.

“There are some options, such as Los Angeles Galaxy and New England Revolution, but any team can do it, take a player like him.”