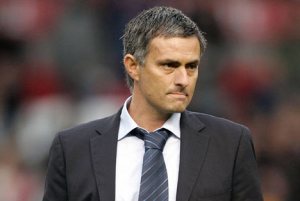 Inter Milan boss Jose Mourinho concedes that the Italian club could miss out on Champions League progress after being held 2-2 by Dynamo Kiev.

Former AC Milan striker Andriy Shevchenko was a constant thorn in the side of the Inter defence, especially Lucio who even scored an own goal.

Mourinho told reporters after the match that “these were completely different games against teams with different styles, so obviously it is different to get to Genoa and score five minutes in compared to here when we conceded early.”

He also added that “in football it’s a very short trip from paradise to hell. It’s not hell, as we are still in the running, but obviously this group is getting very tricky for us.”

He went on to say that “With all credit to our opponents, I think the game in Kiev will be easier for us than this one. I liked the aggression, but we were not focused enough on set-pieces and lost our way a bit against a side that is very fast on the counter.”

He also added that “Lucio is a great player who has done many positive things for us and tonight he was unlucky. We had a few individual errors that at this level you do usually pay for.”