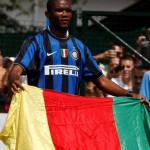 Barcelona paid £35 million and Eto’o for Zlatan Ibrahimovic and Mourinho echoed what many have said about the Italians getting the better deal.

Mourinho added that Inter Milan did not buy Samuel Eto’o and that it was Barcelona who offered the striker to Inter Milan and that Inter were more than happy to accept the offer. Mourinho also said that he wanted to sign Eto’o since he was at Chelsea but Barcelona rejected his offer.

Cameroon striker Eto’o cannot wait to face his former team-mates, but would rather it happened in the final and said that he is dreaming about a Champions League final between Barcelona and Inter Milan.

Eto’o added that Barcelona are the best team in the world and only a few teams can beat them. Eto’o then said that Inter Milan is one of the rew and have a chance to win this game. 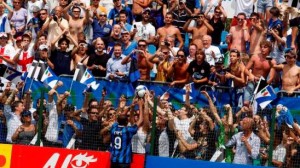