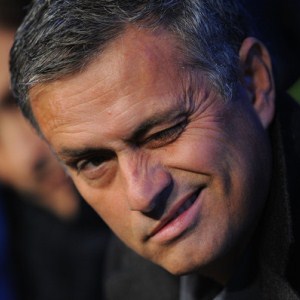 Real Madrid manager Jose Mourinho has warned Manchester United to get their act together or Chelsea will runaway with the title this season.

United may be unbeaten this season, but draws in half their dozen League games this season has allowed Carlo Ancelotti’s team to open up a four-point lead in their bid to retain the title.

Mourinho told Cadena Ser : “Chelsea have only lost twice this season and look at how many times the other sides, like Manchester United, Arsenal and Manchester City have dropped points,”.

“It will be a two-horse race in England and if Manchester Untied don’t watch out it will be a one-horse race.”

Is Andy Carroll Ready For England Call Up? – Vote Now!